The General Delegate of ECR, Mr. Gerard Schipper, received a President Award of TISPOL for his outstanding contribution to Road Safety and Security in Europe.

During the TISPOL conference in Dublin, the contribution of Mr. Schipper to European Road Safety was underlined in the speech of the Irish representative of the TISPOL council:  Because of his expertise and many years of experience, Gerard Schipper has been called upon to advice the EU on attacking transport crime, developing new options for maintaining driving and rest times for heavy good vehicles operators. He has given substance to TISPOL position as a value partner in terms of EU road safety. Gerard has been very close involved at the national level with advanced controller concepts on road transport and is the most important liaison from the Human Environment and Transport Inspectorate to the Dutch National Police Force. He is also an international participant in various ECR working groups, the field of driving and rest times in relation to driver fatigue. Because of these skills, Gerard is also a high valued participant of the TISPOL operations group, as a representative of the ECR. 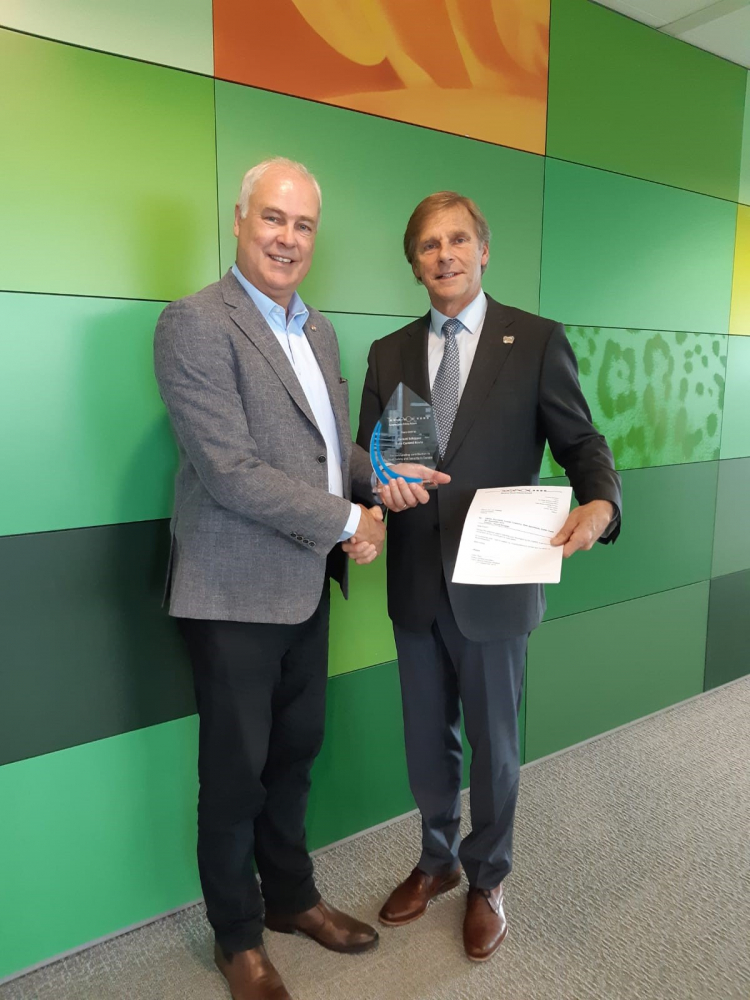 As the general delegate could not be present during the official ceremony in Dublin, the vice-president of TISPOL, Egbert-Jan van Hasselt, received the award on behalf of Gerard Schipper.