Celebration of the 20th anniversary of the Euro Contrôle Route

On the 22nd of October, Euro Contrôle Route celebrated its 20th anniversary. The jubilee celebrations were held in Poland, which since July 1, represented by the General Inspectorate of Road Transport, holds the annual presidency of the ECR.

20 years of ECR and the Polish Presidency

“Over the past 20 years, much has changed in the case of transport in the context of improving safety on European roads. It is thanks to cooperation with Euro Contrôle Route that we have gained a real impact on shaping this safety. ECR is a source of a great amount of knowledge and experience that should be used and developed. Only thanks to the active role of all members we are a pioneering organisation in Europe that significantly improves safety in road traffic and transport,” said Urszula Nowinowska, director of the Cabinet of the Chief Inspector of Road Transport and acting president of the ECR during the jubilee celebrations.

Poland, represented by the General Road Transport Inspectorate, holds the annual presidency of the ECR since July 1 this year. That is why jubilee celebrations to celebrate the 20th anniversary of the organisation are held in Poland, in the hall named after Grażyna Gęsicka situated at the Ministry of Investment and Development.

“I am proud that the Polish Road Transport Inspectorate actively participates in the ECR structures. It is our shared responsibility to care for road safety,” emphasised Andrzej Adamczyk, Minister of Infrastructure during the ceremony. 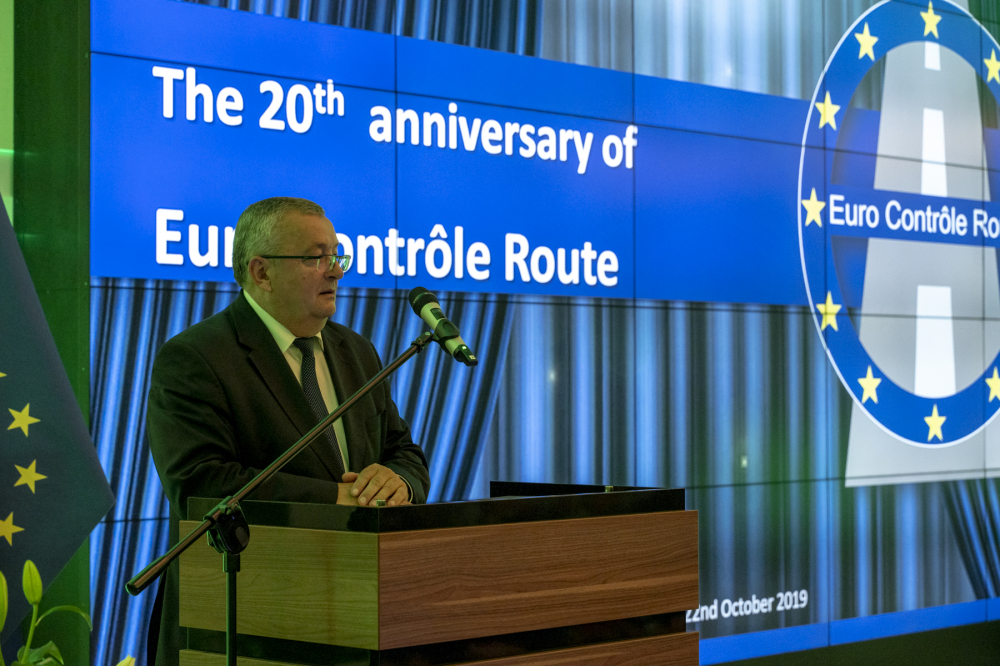 “I am glad that this ceremony takes place in Poland and during the Polish Presidency. I wish you perseverance, strength and implementation of the plans of the future development,” said Rafał Weber, Secretary of State at the Ministry of Infrastructure.

The Chief Inspector of Road Transport, Alvin Gajadhur, read the letter of the Prime Minister of the Republic of Poland, Mateusz Morawiecki, who congratulated the members of the organisation on their previous achievements and wished further successes.

“Road Transport Inspection has been a member of ECR for over 15 years. We are active, we exchange experiences and knowledge, and our inspectors, who are considered high-class experts, train their counterparts in the European Union countries,” emphasised Alvin Gajadhur, The Chief Inspector of Road Transport.

Alvin Gajadhur presented the achievements of the Polish Inspection to date, its development over the years, including the increased scope of competence. The head of ITD emphasised that not only controls, but also education is important in shaping security.

ECR in the past and today

The beginning of the history of Euro Contrôle Route is marked by the date of October 5, 1999. At that time, transport ministers from Belgium, the Netherlands, Luxembourg and France signed an Administrative Arrangement on cooperation between road transport control services and the establishment of an institution implementing this cooperation, named ECR. However, it is worth remembering that the talks between France and the Benelux countries that led to the signing of the agreement began in 1997, and Belgium, the Netherlands and Luxembourg formed a working group of the “Road Transport Inspection” even earlier - in 1994. Representatives of the countries that formed the ECR received commemorative statuettes during the jubilee celebrations. 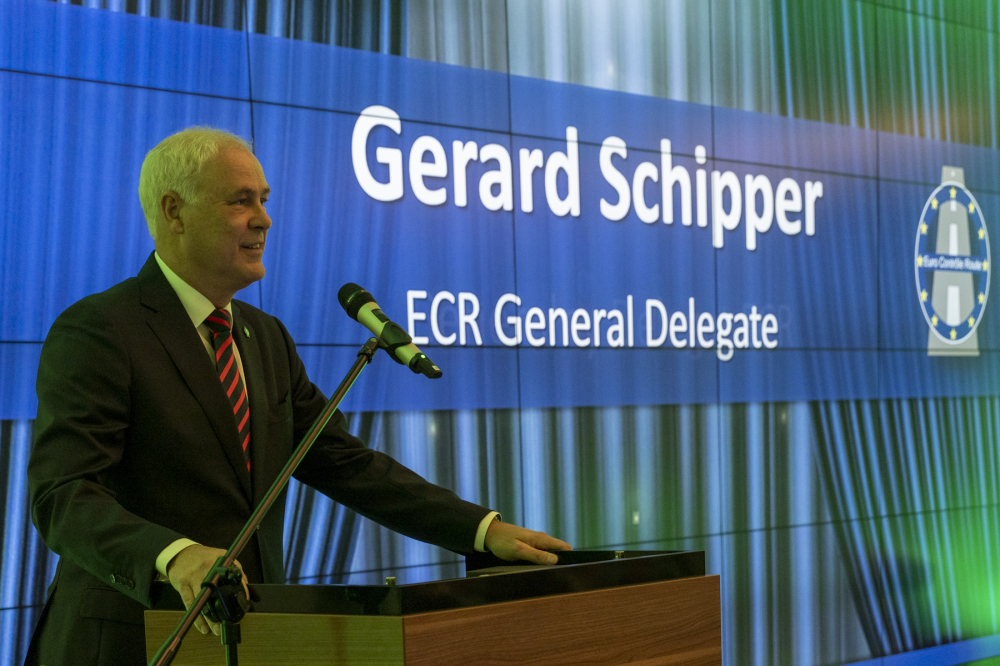 The establishment of Euro Contrôle Route was dictated not only by the need to improve road safety, but also to harmonize procedures in transport law, to develop common practices by European inspection services, which are to ensure, inter alia, proper social conditions for drivers, but also to care for the quality of their work, which directly affects safety in transport. Euro Contrôle Route has marked its presence on the map of Europe. In the following years new members joined the organisation, including Poland in 2004. Currently, ECR consists of 14 countries (Belgium, the Netherlands, Luxembourg, France, Germany, Ireland, Great Britain, Poland, Austria, Romania, Bulgaria, Hungary, Croatia and Spain). The Czech Republic and Slovenia have observer status of the organisation. Gerard Schipper, ECR General Delegate, reminded us of the rich history and dynamic development of the ECR during the jubilee. Gerard Schipper also thanked the Polish ITD for organizing the 20th anniversary of the Euro Contrôle Route.

One of the goals set by the current president of the organization is to promote this institution and encourage subsequent countries to join the ECR EGTC. In August, Poland hosted representatives of road transport control services from Malta and Portugal. In September - a Latvian officer.

“We showed the guests what the international roadside checks of the Polish Road Transport Inspection look like, but we also encouraged to join the ranks of the Euro Contrôle Route. Thanks to this, countries have a real impact on shaping road law, but also ECR is a gateway to gaining extensive knowledge and exchange of experience. We regularly meet at international trainings and workshops. Joint road inspections are a valuable lesson for all participants,” said Urszula Nowinowska.

There are three working groups within ECR: ECR-Training, which organizes trainings, ECR-Harmonie - responsible for the development and implementation of controls between Member States and other interested parties, and ECR-TWG (Tacho Web Group). The latter is made up of representatives of ECR and TISPOL (European Traffic Police Network), that pays special attention to issues related to the currently used recording devices.

Currently, Euro Contrôle Route is based in Brussels, but after being transformed into the European Grouping of Territorial Cooperation, the heart of the organisation will be transferred to Hague. The Polish Presidency of the ECR will end in the middle of next year. 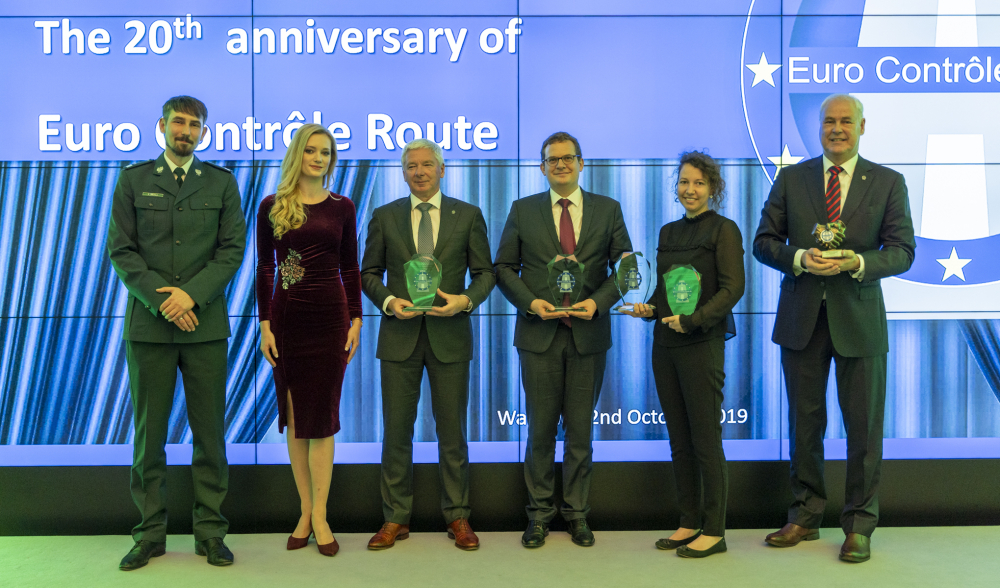