The current crisis linked to COVID-19 made it necessary to cancel the organisation of the ACE (ADR Cross-border Enforcement) actions in the whole year of 2020. In order to be able to continue these checks the ECR Harmonie Sub working group ADR has decided to organize such controls on the transport of dangerous goods by road, but with a different character. In week 38 (from 14 - 20th of September 2020 simultaneous checks in each country during a period of one whole week were held. A total of 10  countries (Belgium, Czech Republic, Croatia, France, Germany, Luxembourg, the Netherlands, Poland, Slovenia and Romania) took part in this SEA. On several days and in each country, checks on the transport of dangerous goods by road were carried out on their own territory and with their own control staff. 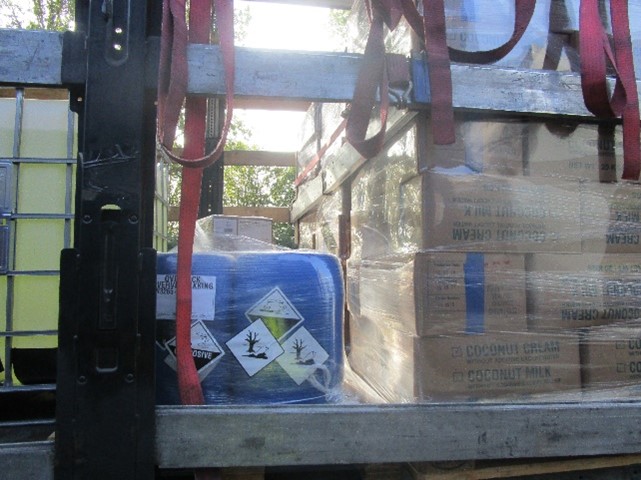 The results of these controls differ from country to country. This was partly due to the sometimes-limited presence of control staff and the conditions under which these controls had to be carried out.  During this whole week totally 1.931 transport units with dangerous goods in bulk, tanks and packages were checked. Totally 146 transport units were not in compliance (violation rate of 7,5%) with the regulations of ADR. Totally 75 transport units were immobilized. The overall picture of the violations was that the nature of the violations did not differ much from the normal picture. The violations ranged from wrong documents, security of the load of DG, packages, labeling, placarding, vehicle markings, equipment on board of the vehicle and violations not specifically related to ADR (e.g. problems with tyres, broken brake-disk of a trailer, load securing of non-DG).

Besides the results of the inspections of the SEA, it was important to know how countries under the COVID-19 crisis are dealing with all kind of health and safety measures when carrying out their inspections on the transport of DG. The focus of this SEA was therefore on these health and safety measures too. For this purpose, a special Annex to the results of this SEA has been developed and has been filled in by all countries. Under ‘Updates’ you find the results of these checks in relation to the current situation of the COVID-19 virus.

The ECR Harmonie Sub working group ADR makes all preparations for their annual work programme of 2021. The pressing question now is: ‘Is it possible to organize an ACE in 2021 or will it become an SEA again?’.