In 1994, the BENELUX countries set up a "Road transport inspection" working group. With this initiative they wanted to work together on internationally organised and more thorough road transport inspections. The ultimate objective of Belgium, the Netherlands and Luxembourg was to significantly improve safety on European roads via harmonisation. It is little wonder that other countries quickly wished to join this cooperative association as well.

In 1997 the Benelux countries established relations with France, which led to the signing of an Administrative Arrangement on 5 October 1999 by the competent transport ministers. This date signified the official start of Euro Contrôle Route. Since then, the number of European countries has continued to grow. Euro Contrôle Route presently counts 20 interested countries, including 14 members.

Each of the members has signed the Administrative Arrangement. In this “gentlemen´s agreement”, the competent transport ministers of the respective countries support safer European roads via the ECR cooperation.

The first administrative agreement was signed on 5 October 1999 by the competent transport ministers of Belgium, Netherlands, Luxembourg and France. 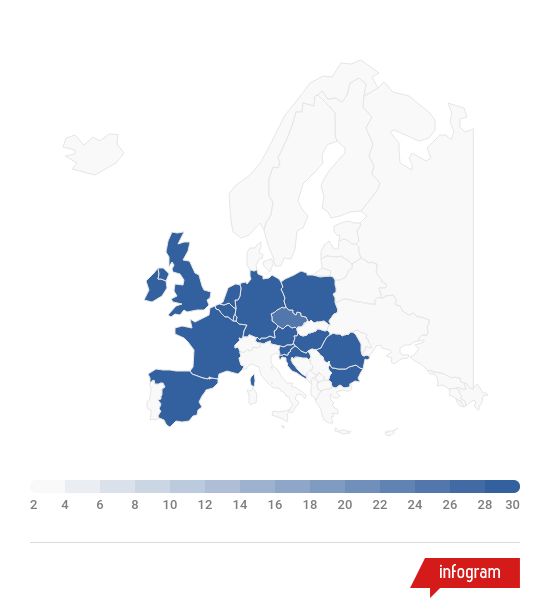 As a result of ECR´s vigorous expansion and in order to meet the evolving needs, a second agreement was signed on 22 March 2007. This time the competent transport ministers of Belgium, the Netherlands, Luxembourg, France, Germany, the United Kingdom, Ireland, Spain, Poland, Austria, Romania, Bulgaria and Italy participated. Later in that year, Hungary also joined the ECR forces.

The ECR secretariat and beating heart of Euro Contrôle Route is located in Brussels, at the Benelux General Secretariat. Here the countries meet with one another to make agreements, improve the training of enforcers, and exchange information on checks and regulations.